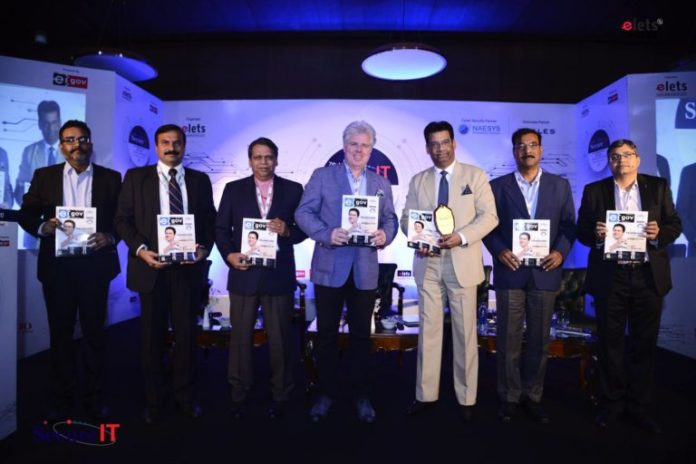 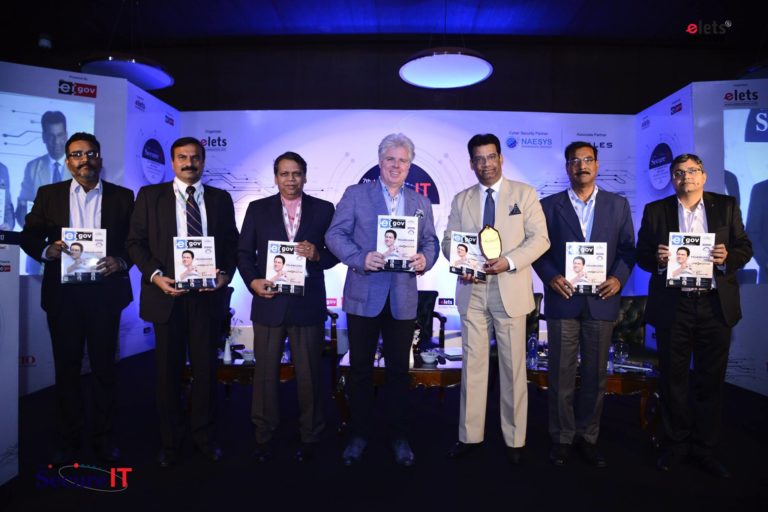 It’s a new era that we live in now. It’s the age of Digital India and demonetisation.  As we become, as a government and the society, more and more IT-driven, the challenges of remaining on the top of everything have increased multi-fold, writes Priya Yadav of Elets News Network (ENN).

The leading lights of India’s security sector related to various arenas descended on New Delhi’s Le Meridien hotel on Thursday during Elets Secure IT Summit 2017 to brain storm over various challenges, strategies and scope for a more secured environment in the present-day world driven by Information and Technology (IT).

Loknath Behera, sharing his vision for a secure country, emphasised on the need to “go indigenous”. “If India has to become a super power then we have to develop our own Google, our own Yahoo. The problem is that today we are having to rely on other countries like the US if we want to access data from Facebook, WhatsApp, Google etc for criminal investigation in cyber crimes.  They will give it only if their laws permit and it is a cumbersome process. If they do not then we are stuck. That is why if we do not go indigenous our vulnerabilities will still go up.”

He also spoke about the Cyberdome project that the Kerala Police has launched in Technopark in Trivandrum. “Twenty-six companies, mainly IT majors, have sent their best people and all have come under one roof. We have given hardware to do research to help us in various ways – telling them what we require, like facebook investigation. These youngsters are developing tools to assist us. For example, two boys have developed a tool exploiting vulnerability in facebook allowing data to be collected automatically. Such experiments can be done everywhere,”said Loknath Behera.

AK Poddar, Chief Vigilance Officer, Container Corporation of India, highlighted how even most secure environments could become vulnerable and get compromised, as citing an example, he said,“A powerful country’s nuclear programme, which was on hit list of  hackers from other countries, was being protected by following strictly standard operating procedures. Hackers adopted a unique strategy – they threw several hundred pen drives in parking area of the building from where the programme was being run. Most people ignored these pen drives but one employee picked up one pen drive and out of curiosity to see what is in it plugged it into his system. Immediately the hackers got access to entire sensitive data and the nuclear programme got a setback of nearly 15 years.” 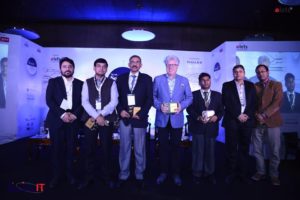 Nikhil Aggarwal, CEO, AP Innovation Society said that 2017 must be not just Digital India but Secure India as well. “Other countries have massively invested into cyber infrastructure and India must follow suit and study Cyber Forensic  Infrastructure to ensure a secure environment. As of now, our public infrastructure is a hacker’s paradise. We need to work seriously to plug all holes.”

M Ramesh, Superintendent of Police, Telangana Police, conveying the good wishes of DG, Telangana Police, Anurag Sharma, said that the state police force is going all out to make the citizens feel more protected especially when they come to a police station. “We are getting increasingly IT driven and service delivery has improved with the use of several mobile apps which are also allowing senior officials to monitor operations at the ground level. Crores of rupees of public money is being saved every year by using technology for service delivery.”

In a special address, Dr Amar Prasad Reddy, Director General, National Cyber Safety and Security Standards, said that though Digital India campaign is trying to transform governance into e-governance in the country but it is also inviting lot of threats. “We have a great work force in our country in the IT domain but we have to identify and appreciate their talent so that their talent is retained. As of now the best brains are being allured overseas with good salary packages and we really need to counter that,” he said.

Dr Reddy highlighted how terrorists are exploiting the internet services to operate their cells across the globe. “Terror units are using pornographic sites to convey messages to their sleeper cells in various countries. These tactics have to be identified and tackled for a secure environment. For this reason we are soon going to have an Internet Regulatory Authority of India that will tackle these sensitive issues,” said Dr Reddy.

Vipul Kumra, Systems Engineering, at Fire Eye Inc, said that his company has a gamut of products that offer solutions during a cyber attack, post attack as well. “The unknown  intruders take a long time to be detected. It takes a company 520 days to identify a cyber intruder while the global figures are 146 days,” said Vipul Kumar.

Brian Phelps, Professional Services Director, Thales e-Security, shared a recent global survey on the perceptions of CIOs worldwide. “59% CIOs feel that compliance of standard procedures is very effective at preventing data breaches. 86% CIOs felt that they are extremely vulnerable and 68% had been actually attacked in previous years,” said Brian Phelps.

Santosh Mehra said that the next war is not going to see boots on the ground, with missiles and tanks but it will be a cyber war.

“Now a nation does not have to win territories to win a war. All you have to do is to paralyse infrastructure of a country, public services that will cripple the nation. We need to have coordinated national electronic information exchange in place. On January 1, 2018 a national integrated emergency number, on lines of 911 in the US, is going to be effective in India. The number would be 112 and will bring all the agencies together,” said Santosh Mehra.

Ishtiyaq Shah of RSA Security talked about the requirement to link security incidents with business concepts.

Golok Kumar Simli said that security is all practical and is not just a talking point that can be summarized or contained in presentations. It is about adhering to, implementing and following procedures.

“We need to classify data first – we cannot protect all data available. We must categorise – sensitive, public or configurable data and then secure the sensitive data,”said GK Simli.

Prem Gautam stressed on the massive gap between the cyber crimes happening and those reported.

“An awareness must be generated among people and they must be encouraged more to actually go and report the cyber frauds committed against them,” he said. “We need support and involvement of gamut of people – academia, industry and other stakeholders to tackle cyber crime,” he added.