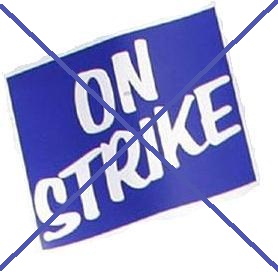 The four-day strike of employees from nationalised banks scheduled to start from 21st January has been postponed.

“The four-day bank strike put on hold as Indian Banks’ Association (IBA) has assured to expedite talks and resolve the wage increase issue by February. Hence in the interest of banking public we have deferred the strike,” said C H Venkatachalam, General Secretary, All India Bank Employees Association (AIBEA).

The strike call was given by the United Forum of Bank Unions (UBFU), which has more than 10 lakh employees and officers of banking Industry under its umbrella. The UFBU is an umbrella organisation comprising of nine bank staff unions.

According to earlier reports, employees of the 27 public sector banks have been calling for a wage revision from November 2012 and various talks with the IBA were not successful even though the Unions have been conducting strikes over the years.

However, the unions have warned that if IBA fails to resolve the wage issue by February, then there would be fresh call for strikes.

Venkatachalam said, “If there is no satisfactory outcome, fresh dates of strike action in February would be announced. We expect the government to intervene and settle the demands of employees.”