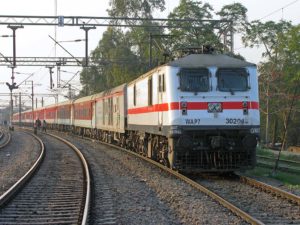 If you prefer train journeys and planning to book Air Conditioned(AC) first class train tickets this July, you may end up shelling extra money.

Service tax on ticket charges is set to rise from 4.5 per cent to 5 per cent after the GST’s implementation.

“Service tax is only levied on the AC and first class travel fares in the Indian Railways. So if a ticket costs Rs 2,000, then a passenger will have to spend Rs 2,010 from the next month,” said a senior Railway Ministry official.

In alignment with the launch of GST, the Indian Railways have appointed nodal officer in each state to ensure smooth transition into the new single tax regime.

The general manager of each zone has been nominated as the principal officer for taking the responsibility of GST compliance.

In addition to this, a consultant has been appointed for examining the impact of the GST in the Indian Railways.Furthermore, the two premium trains of Indian Railways- the Rajdhani Express and Shatabdi Express are all set to get revamped this year under the project ‘Operation-Swarn’.

A total of Rs 50 lakh will be allotted to each Rajdhani and Shatabdi train on various routes for the revamp and two committees will be formed to monitor the work.

The up gradation work of the trains will start from September 26 and more trains will be identified in phased manner.