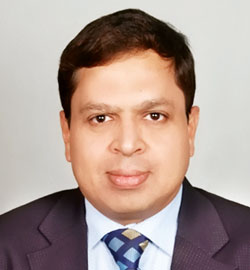 Raman Aggarwal, Chairman, Finance Industry Development Council (FIDC) and Senior VP, SREI Equipment Finance Ltd, gives an insight into NBFCs’ growing role and requirement of support of the Reserve Bank of India to flourish. In a tete-a-tete with Vishwas Dass of Elets News Network (ENN), he shares challenges faced by NBFCs and expectations from the government to give an impetus to the economy. Excerpts:

Non-Banking Financial Companies (NBFCs) have seen tremendous growth in the recent past because of certain factors. Please throw some light on NBFC sector and how is it evolving?

NBFC sector has always shown a lot of promise and potential. The Finance Stability report released in December 2014 had stated that contribution of NBFC sector in the entire Indian financial system in terms of assets is nine per cent which is very significant. It’s more than mutual funds and cooperative banks and next to banks and insurance companies. A credit rating agency had recently reported that three or four major NBFCs are even bigger than some of the scheduled banks. These figures reveal the kind of potential the sector has shown and it has grown inspite of adversities. Amid the economic slowdown, the overall quality of NBFCs has improved. The business model of NBFC sector is heavily relied on the retail sector. A lot has been talked about financial inclusion for the past four years but we have been practicing it for the last several decades. There is still a huge chunk of population which is not being catered to by the organised sector and they depend on the money lenders and that is where NBFCs are best suited to do this job.

What is your view on the Union Government’s “Stand Up India” initiative to support entrepreneurship among women and the weaker section of the society? Besides, throw some light on the challenges being faced by NBFCs.

The “Stand Up India” initiative is really commendable. A recently published report showed that India’s contribution to the world GDP has improved significantly. The development aspect is missing in the regulation of the NBFC sector. Regulations and development always go hand in hand. The ultimate objective of any regulation is development and survival of any particular sector. Institutions like Insurance Regulatory and Development Authority (IRDA) and Pension Fund Regulatory & Development Authority (PFRDA) are already playing a role of development bodies. The Reserve Bank of India (RBI) has played an excellent role as a regulator. But somewhere down the line the development role needs to be looked at.

There are two major challenges before NBFCs- first challenge is on the liabilities side while our assets side has been fully regulated and even now brought at par with the banks but the avenues of funds raising are getting restricted. If you see the composition of the sector, today there are about 11,000 NBFCs registered with the RBI. Ninety per cent of them are very small companies and playing a very significant role in financial inclusion in the rural areas and semi-urban areas and fully complying with the RBI norms. All key regulations are applicable to the NBFCs. But they are finding it tough to raise funds. You can’t expect small companies to tap capital markets so there has to be other avenues for funds. We have been saying that there can be a refinancing mechanism something like the National Housing Bank, which refinances housing finance companies. The Parliamentary Standing Committee on Finance in their report in 2003 had strongly recommended a refinance institution for NBFCs. There are other challenges related to taxation. If you see the revised regulatory frame work which RBI issued in 2014, it advocates for harmonising regulatory framework of NBFCs as compared to banks and other financial institutions. 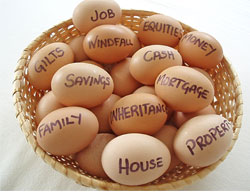 What are your views on the payments banks and their emergence in India? Do SRIE has any plans of floating a payments bank?

Payments banks in collaboration with full-fledged banks has proved to be a great model. They are providing an alternative to conventional modes of payments. You now have options like mobile wallets which are very easy. Srie has no plans of setting up a payments bank. SREI’s area of focus is infra lending, project and equipment financing. We are now focusing on the used equipment segment which is largely untapped. SREI today is the only NBFC which has not only survived but has grown in the infra lending business. Our success is our deep understanding of the market. We are trying to build a business for used equipment and also diversifying in farm equipment. Talks are going on with the government to set up a farm equipment bank for giving equipment on rent. One of the suggestions to government is the need for reviving “leasing” in India which is almost killed because of imprudent taxation policy. Leasing is the best tool both for lending to the MSMEs and agriculture sectors.

SREI Equipment Finance has recently launched equipment exchange scheme. Kindly elaborate on it?
Equipment exchange revolves around to the used equipment sector which is unorganised. We are the leading player in infra equipment finance and hold about 30 percent of the market share and that is where we want to develop the used equipment market. SREI is perhaps the only one of its kind which is totally focused on the infra segment. If you look at all other NBFCs, they have a scattered model. We have become an expert of the infra segment. Our focus on infra domain gives us an edge over other players.

What expectations do you have from the government?
RBI being a regulator has to take up the role of development. Fund raising avenues and opportunities have to be looked at by the government. There is also a strong need for the government to revive leasing which has been the expertise of the NBFC sector.

Kindly inform us about your projects in the pipeline?

We see huge opportunities in MSME lending where the government is also giving a lot of thrust. NBFCs are best suited to take up this role because of their remarkable understanding of the market. As on date there are few challenges due to which it’s not happening the way it should be. Even if you see MUDRA which was floated as a refinance body, nothing much has happened as far as the NBFC sector is concerned. The reason for this is the unfavorable eligibility criteria set for NBFCs to avail refinance from MUDRA.
Building strong partnerships with banks and other FIs is another area for NBFCs which holds lot of promise. The Mahapatra Committee setup by RBI has also strongly recommended developing such partnerships. 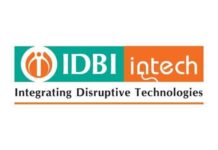 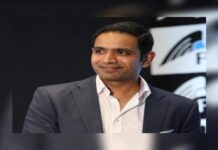 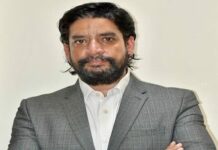 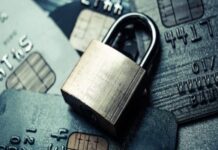 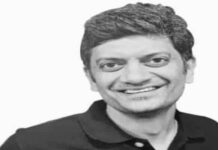