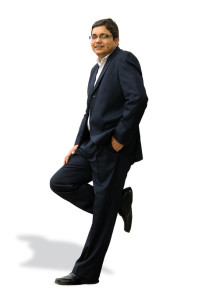 It was in his first I-Day speech last year that Prime Minister Narendra Modi announced the launch of financial inclusion scheme — Pradhan Mantri Jan-Dhan Yojana (PMJDY), and it was days ago that the Guinness Book of World Records recognised the PMJDY’s achievement in terms of number of bank accounts opened under the programme — a whopping 11.5 crore. Unbelievable, but true!
The pace of opening accounts has been historic and the commitment shown by the stakeholders unprecedented. Indeed, the Indian business and finance sector is undergoing a process of churning and reinvention at a never-before scale.
Similarly, the insurance sector has also been given a push by the government by making a provision for personal accidental insurance of Rs1 lakh besides a life insurance cover of Rs 30,000 for the account holders under PMJDY, though with certain riders. Also, by raising FDI ceiling in the insurance sector from 25 percent to 49 percent, the government has done its bit to help it generate more money and expand its capital base.
In such a promising outlook for the country’s BFSI industry, we found it prudent and timely to come out with a magazine that not only understands and discusses issues facing the sector, but also speaks for it and advocates policy lines that could benefit both financial institutions and people at large.
And, here we are with the maiden issue of Banking & Finance Post. Hope it fulfils the acutelyfelt need for a complete, holistic magazine dedicated to the sector.
However, what apparently seems an all-rosy scenario has also tints of numerous challenges hampering the growth of the sector. Lack of adequate IT infrastructure and poor financial literacy being the main culprits, they act as dampeners for programmes like PMJDY. The Banking & Finance Post will also try to position itself as the vital link between the industry, policymakers and experts in the domain and come up with pragmatic solutions to vexed issues.
In another exercise to understand the challenges facing the BFSI sector and discuss its future course, Elets Technomedia Pvt Ltd is going to organise ‘BFSI Leadership Summit & Awards 2015’ in Mumbai on 3rd February 2015. The occasion will see coming together of the four pillars of the Indian financial sector — Government, Regulator, Banker and Industry — from different parts of the country and deliberating on the roadmap for growth of the BFSI sector in India.
The event will also acknowledge achievements and contributions of both individuals as well as institutions towards the growth of the sector through various awards.
Be there to be part of the making of a financial giant called India!