Riding the Red Hat solutions, the Bombay Stock Exchange has been recognised for its “notable flexibility, scalability, cost effectiveness, performance and security within an infrastructure”. A report

The Asia’s first stock exchange has been honoured in the Infrastructure category, recognising its notable flexibility, scalability, cost effectiveness, performance, and security within an infrastructure.

“Today, the BSE has been recognised as the fastest stock exchange in the world, with speeds reported to be 10 times faster than the next fastest exchange. The Exchange is one of Asia’s most reputed stock exchanges and their openness to innovate and change is admirable,” Rege added.

There are over 5,500 companies listed on the BSE, making it the world’s largest exchange in terms of listed members.

Feeling “honoured to receive the a 2016 Red Hat Innovation Award”, Ashish Kumar Chauhan, Managing Director & CEO, BSE, said: “Our switch-to-open source has been exemplary and the results have proven Red Hat to be a reliable and critical technology partner.”

Chauhan further said: “With Red Hat’s open source technology, we have been able to achieve flexibility, agility, and scalability needed to meet our changing market demands. Red Hat has always been there to support us in our day-to-day operations and such trust helps us simplify our business. Today, Red Hat is our backbone and an intrinsic part of our business transformation story.”

For two decades, the BSE struggled under the weight of its proprietary technologies. The old infrastructure limited innovation, and the high cost of upgrades ultimately made its system economically unfeasible. 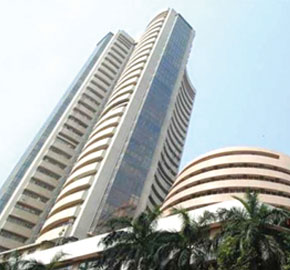 The BSE later collaborated with Red Hat to build an entirely new trading system on open source technology, powered by Red Hat Enterprise Linux. Since implementation of the new trading system, BOLT Plus, the BSE has increased its volumes from 10 million orders a day to 400 million, cut hardware costs by 66 per cent and increased trading speed from 10 milliseconds to six microseconds.

Since 2007, Red Hat has recognised the achievements of customers and partners worldwide, who demonstrate creative thinking, determined problem solving, and innovative uses of Red Hat technology with the Red Hat Innovation Awards.

The Award winners from the previous decade represent leaders from around the world and across industries, who are using open source solutions to transform their organisations and enable faster innovation.

For the 2016 awards, over 60 nominations were received, with judges selecting one winning project in six categories that exemplified the most innovative achievements used to answer complex IT challenges with Red Hat solutions.

TROUNCING LEGACY TRADING BARRIERS
Established in 1875, the BSE is Asia’s first stock exchange. When BSE shifted from floor-based trading to an electronic trading system in 1995, it used proprietary hardware and software. For the next two decades, BSE was locked into using and investing in those technologies.

“We were more or less stuck,” said Kersi Tavadia, Chief Information Officer of BSE. “We could not break free. We could not innovate.”

The proprietary solution created many challenges for the BSE. The system’s agility reached its limits just when the rapidly growing exchange needed it most, such as while enacting regulatory updates.

“There was a point when investing further in the system did not make any sense, because it wasn’t helping us achieve the goals we wanted,” he said. “So we needed to cut down the technology and use a totally fresh approach, rather than upgrade the same things again and again.”

“Google is using open source. Facebook is using it. Everyone else is using it, and that’s why they’re profitable,” said Tavadia. “They’re not spending resources on proprietary software and hardware. We knew we needed to go in that direction as well.”

The BSE knew of Red Hat’s reputation as a leader in the open source technology. The exchange conducted a cost-benefit analysis and quickly determined that Red Hat’s products and services were extremely competitive options.

Following implementation of the new trading system, BOLT Plus, from Red Hat, the BSE has increased its volumes from 10 million orders a day to 400 million, cut hardware costs by 66 per cent and increased trading speed from 10 milliseconds to six microseconds

In addition, each component is designed with redundancy for real-time failover, reducing system downtime due to errors or other issues.

As part of the new system, the BSE also implemented Red Hat Satellite for system management, such as patching and configuration management, as well as regular system updates. 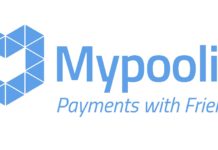