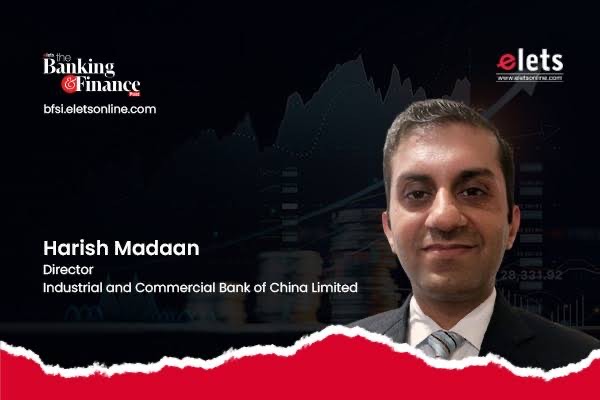 Background:
Payment systems are at core of the economic development. It supports financial stability and helps in financial inclusion. The endeavour of any central bank is to setup payment system which should be safe, secure, reliable, accessible, affordable and efficient.

With technological advancement in recent years, discussions on digital currencies are taking centre stage. These discussions are further fuelled by falling faith in the present payment system where banks act as intermediaries.

Historically, commercial banks have acted as an intermediary for payments. A bank deposit which is convertible into cash makes the current mode of settling transactions safe and attractive. It also provides stability as deposits are issued by banks under the licence of the sovereign issuer of currency. This payment system is called an account based payment system. The account based payment system favours banks as they have created their own walled garden around payments. By monetising the customers’ information and low cost funds to provide a host of product offers to avoid customers to shop around, help banks to improve profitability.

Technologies have transformed financial markets and intermediation activities. With the development of new technologies like Machine Learning and Artificial Intelligence; & expansion of FinTech and BigTech companies in finance has accelerated digitalization of financial services. Adoption of digitalization is perceived to bring efficiency gains in payments and data processing. Hence there is a need to look for alternative payment systems which are more agile and efficient.

Currency
Money has an intrinsic value. It acts as a medium of exchange and to store value. Money can be in the form of commodities (Gold, Silver etc) or in the form of debt instruments as currency. Hence, Currency is essentially a debt instrument. It is a liability of the issuer and an asset for the holder of currency. In modern times, currencies are issued by Central Banks and it is a claim on the assets and resources of the country.

Digital Currency
Similar to physical currency, digital currency is a debt instrument issued in digital form. With advancement of technologies, private digital currencies are being issued and getting accepted by people despite having no underlying or credible issuer. Hence, it carries credit risk and its wider acceptance can destabilise the economic environment too.

Central Bank Digital Currencies (CBDC)
A CBDC is a legal tender issued by a Central Bank in digital form. It is similar to fiat currency in usage. In other words, CBDC is a sovereign currency issued digitally.

Main objective of issuance of CBDC is to mitigate the threat posed by private digital currencies to economies. It will also improve efficiency and reduce cost of payment transactions by eliminating intermediation by banks, hence helping economies to increase financial inclusion.

Though CBDC will bring efficiency by reducing cost and time to execute payment transactions, there are many concerns regarding design and structure of the currency. Should it be centralized or decentralized? Would it disrupt the existing banking system? Would it impact monetary transmission? How would data be protected? If cyber attacks happen, how would the continuity of payments be ensured? etc.

There are so many questions which need to be answered. I have put down some possible impacts of digital currencies.

2. Enhance Financial Inclusion: Financial Inclusion means businesses and individuals can access financial services at a reasonable cost. With the development of technologies, reaching corners of the countries at reasonable cost would be possible. Without opening a banking account, the financial system can be accessed by people that would enhance financial inclusion. Government programs to reach the intended section of societies can be monitored. With specific coding, intended use for currencies by beneficiaries of Government schemes can be monitored.

Digital revolution is changing the payment landscape. Under CBDC, banks’ intermediation as payment providers would be taken away. All transactions will be centralized. This will allow entry of new Fintech players to compete with legacy players like banks and card payment network providers. Innovation and technology development would result in long term improvements and it will also avoid monopolisation by payment providers.

1. Increase run on banks: Funds would be transferred byclick of button; any run on bank would be amplified. Hence Central Banks should be quick to provide liquidity support to banks.
2. Increase cost of funds for banks (Depends upon design of currency): Increase in competition will take away CASA from Banks. To support business activities, banks will rely on wholesale funding which will increase cost of funds. On the other hand, cash in circulation which is around Rs 30 Lakh crore (Rs 30 Trillion as on August 12, 2022) will be back to the banking channel and increase liquidity in the banking channel which may reduce cost for banks.

Cyber security is the most important aspect of designing digital currencies architecture and its implementation. With increase in digitalization, cyber attacks can disrupt payments which will put users’ data privacy at stake. Further, it may shake consumers’ faith in payment systems and can destabilize the economy.

Digital currencies will eliminate intermediaries for payments. Since settlements will happen directly without intermediaries, it will reduce transaction time. Further, settlement will be available 24/7 and transaction cost will also be reduced. Some countries are using SWIFT to enforce financial sanctions on specific countries/persons, which impact them economically. With the usage of digital currencies for cross border transactions, it would be difficult to enforce such restrictions as transactions will be directly settled between Central Banks unlike the present payment system where transactions are settled through intermediaries like SWIFT.

Summary: Implementation of Digital Currencies will bring efficiencies in the payment system, but its impact on the banking system needs to be weighed carefully before designing the structure of the currency. Further, threats of cyber attacks are real and with the increase in digitalization it can paralyse the economy. Hence adequate safeguards need to be taken.

Views expressed in this article are the personal opinion of Harish Madaan, Director, Industrial and Commercial Bank of China Limited.