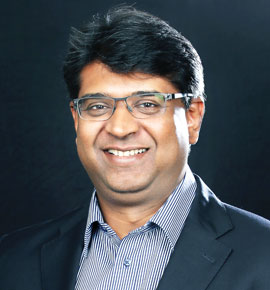 ACL Mobile is a leading provider of enterprise mobile Messaging, mobile payments and free mobile internet to enterprises in India. For over one and a half decade, ACL has served over 1,000 enterprises across industries like banking, finance, insurance, internet, e-commerce, retail, media, entertainment and government. Founder and CEO, ACL Mobile, Sanjay Krishna Goyal shares key strategies of expanding company’s presence in India with Vishwas Dass of Elets News Network (ENN)

Kindly give us an overview of ACL Mobile and enterprise messaging industry in India?
ACL Mobile is around 16 year old technology company and we pioneered the messaging in enterprise space way back in 2003. The first ever SMS was sent by ICICI Bank to a mobile phone with the help of ACL Mobile. Since then, we have been working with enterprises and telecom networks in India and created a robust messaging platform. Around 20 per cent of the total SMS messages received on mobile phones from businesses are being sent by ACL Mobile. Basically, ACL is an enterprise messaging services and solutions company and which sends around 1.5 billion messages every month, predominantly transactionbased messages like banks, online companies, one time password (OTP), salary alerts and credit cards transaction alerts. 30 out of 40 top banks in India are currently using ACL services as a messaging provider. We have over 500 enterprise customers globally and in the banking and financial services sector we are the largest messaging player in that space.

According to reports, 90% of BFSI players are largely dependent on your services. How would you explain this?
Do you have any services for co-operative banks? It’s indeed true, largely because we were the first player in this enterprise messaging sector. When we started the messaging business, our first customers were from the banking domain and we were able to build our products and services which met the requirements of our customers. Besides, we had a lead start and we kept on doing a good job, we were able to capture the market. For example, for online space, which is also a large sector, we are not a leading player because of our focus in the banking sector. We understand the needs of the banking segment. So far, we have not shifted our focus to the co-operative banks because it’s a volume based business. Our main focus has been on the large banks both in private and government sector.

Apart from banks, are you extending your services to the Government?
Absolutely yes. Our software is being used by Aadhaar, National Informatics Centre (NIC), DAVP (Directorate of Advertising and Visual Publicity) and C-DAC. We are striving to render best services to the government sector.

What is your take on the recently tabled Union budget?
From a technology and IT point of view, the budget was absolutely good. It supported innovations, start ups, technology and Digital India in a huge way. This government represents digital initiatives which can bring a massive change. However, there could have been better proposals on the taxation front. Finance Minister Arun Jaitely mentioned that they will reduce the corporate tax from 30 to 20 per cent progressively. I think, there was no positive step in that direction. There are some micro issues which are affecting the industry.

What is your opinion on the flagship schemes of Union Government like Pradhan Mantri Jan Dhan Yojana (PMJDY), Aadhaar, Digital India and Start Up India?
The way the incumbent government has taken up Aadhaar is commendable mainly because government’s main thrust is to bring banking to the unbanked. It’s good that every person in this country is slated to have a bank account which implies enterprise messaging business will witness a massive boom.

It’s a right step by the government first to open accounts and then try to make them active through different ways. It takes time for people to observe government’s schemes. We have a very visionary Prime Minister. I am personally a very active investor in start ups because I think that’s the best way to encourage entrepreneurship in India.

It’s good that the government is also participating in it and the major momentum will come from the private sector. I believe what the government is doing is more of a symbolic work and it would be interesting to see how the government would be able to take it up. Funding of start ups is very crucial and subjective which is a challenge in front of the government. Interestingly, ACL was also a start up company and we managed to get some funding in 2001 and in those days it was virtually impossible for start ups in India to get funds. The only people who would do funding were either family or friends. The funding aspect of start ups is now fully taken care in India which itself is a big achievement.

ACL is an enterprise messaging services and solutions company which sends around 1.5 billion messages every month, predominantly transactionbased messages

How do you see the opportunities in BFSI sector in India?
Kindly share your expansion plans. Banking domain is one of the largest growing sectors in India. The potential is enormously high because a lot of people have yet to open their bank accounts that implies that there would steep surge in enterprise messaging. There is a perception that SMS has become obsolete and a thing of past because of the technological innovations. Let me tell you that enterprise SMS industry in India is growing at the rate of 30 per cent annually which is humongous in terms of volumes and it will grow at this rate in the foreseeable future. There are two things which are fuelling this growth—banking and internet. Both the sector will continue to grow because of improving technology and awareness among the masses. It’s part of the telecommunications protocol. It’s universality is key to its success. As more people download apps or do e-commerce activity, more and more transactional SMSes would be sent to the customers. Growth of internet is fuelling the growth of enterprise messaging industry. 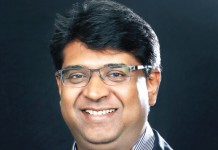