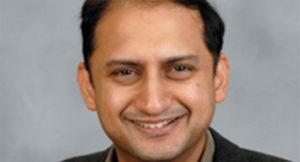 The Reserve Bank of India (RBI) Deputy Governor Viral Acharya has resigned six months ahead of the end of his three-month tenure, citing personal reasons, reported by an English Daily citing unidentified sources.

Acharya, who is in charge of the monetary policy at RBI, will return to the New York University Stern School of Business. The report’s author Tamal Bandyopadhyay told in an interview that it is unlikely that the differences in the Monetary Policy Committee have led to his decision to resign from RBI.

Acharya had joined RBI as a Deputy Governor in January 2017 for a term of three years.

Earlier in December last year, RBI Governor Urjit Patel had abruptly quit citing personal reasons, also much ahead of the end of his three-year term. Several reports at the time had attributed Urjit Patel’s resignation to rising differences between the RBI and the government over the central bank’s independence and autonomy.

Among the main issues causing friction at the time were relaxation in Non-Performing Assets (NPAs) norms for certain troubled industries and RBI’s control over capital reserves. Following Urjit Patel’s resignation, the government appointed Shaktikanta Das as RBI Governor, who eased the monetary tightening to support growth in the face of the continued low inflation.

Meanwhile, N S Vishwanathan, another Deputy Governor whose term was to end in the first week of July, will get another term, it added.

Viral Acharya had reportedly submitted his resignation before RBI’s last monetary policy meeting in June. His last working day at RBI will be a few days before the end of July, the report said.

Viral Acharya, like Urjit Patel, had also resisted the government in the fight for RBI’s autonomy. His two speeches caused quite a stir and brought the rift between the RBI and the government out in the public sphere. In one of the speeches, Viral Acharya had said that the “Governments that do not respect central bank independence will sooner or later incur the wrath of financial markets, ignite economic fire, and come to rue the day they undermined an important regulatory institution.” This was soon rebutted by the then Economic Affairs Secretary Subhash Chandra Garg, who pointed out to low bond yields, soaring stock market, strong rupee, and cheap crude oil price.

Viral Acharya’s other speech was very heavy in the defense of PCA norms, which essentially bar banks with weak balance sheets from lending further to riskier profile accounts. This had led to major differences between the RBI and the government.