In the month of March, the Reserve Bank of India (RBI) has announced a moratorium to defer the repayment of loan installment by 3 months, which was availed by almost 40 percent of the customers. In the month of May, RBI had further extended the moratorium by 3 more months which saw lesser no.of individuals choosing to opt for the same due to the burden of interest building up. Most of the Non-Banking Financial Companies (NBFCs) have given their customers the option of deferring the repayment till August 2020, which has disrupted their cash flow and on the other hand, lending banks have not extended the same to the NBFCs creating a cash flow distress, says Prabhakar Bobde, Chief Executive Officer, Sustainable Agro-Commercial Finance Ltd (SAFL Ltd), in conversation with Elets News Network (ENN). During COVID 19, the business sector is almost closed and has affected the cash flows of the semi-urban and urban Micro, Small, and Medium Enterprises (MSMEs). Since units are not operational during the lockdown and with the absence of Business promoters and laborers on-site, no production is happening.

Even though working capital requirement has reduced due to business being non-operational and on other side small industries don’t have enough capital for servicing their Interest on working capital. Some of the units where skilled labourers are employed will take some time to come back on track because of the migration of labourers to their hometowns. Those NBFCs which were funding salaried borrowers are in a safe sone while those who are exposed to manufacturing, trading, and processing units are affected maximum. The RBI has announced a moratorium on repayment of loan installments on 3rd March for three months, which was availed by almost 40 percent of the customer. In June, RBI extended the moratorium further for 3 more months which has not been availed by Individuals due to building of interest burden, however, industries have availed it to retain whatever cash flow they have.

There are 10438 NBFCs of which only 247 are systemically important (SI), hence a large sector constitutes Non-SI  NBFCs. Centre had announced an LTRO package that is availed by the top 10 NBFCs, small NBFCs have not received any help from this scheme. Though the Government of India announced funding through special purpose vehicle (SPV) to Small NBFCs for a tenor of 3 to 6 months. Such funding is of very little use as the majority of small NBFCs give term loans for an average tenor of 24-36 months, which will create a cashflow mismatch. Also, funding was restricted by the financial institution to the NBFCs having credit rating BBB and above, which restricted funding to large no. of NBFCs. The government also announced a credit guarantee of 20 percent for funding MSMEs through NBFCs but this has never clicked because banks have not come forward to lend.

Most of the NBFCS allowed moratorium to their borrowers till August 2020, which has disrupted the cash flow of the NBFCs and on the other hand lending banks have not extended the same to the NBFCs creating a cash flow distress. As per govt guidelines, wherever moratorium is extended to the borrowers, those accounts would not be counted as a delinquent/NPA case with a condition of creating an additional  10 percent provisioning in the books.

Agricultural sector during Covid-19 seen an extensive change in the marketing of the produce. The APMC act was not applicable during this period due to which farmers/producer could sell their produce at the doorstep of the consumer and this resulted in increasing the realisation price of the produce and thereby reducing marketing cost by almost 10 percent. In CY20, the Kharif sown area reportedly increased by 9.5 percent YoY, with a notable increase of 12 percent YoY in the major crop. Along with this, the IMD’s initial forecast for the 2020 monsoon (Jun-Sep’20) indicates normal rainfall &thus sales of Fertiliser surged by 45 percent in April 20 over the same month during last year, thereby indicating positive farmer semtiments for the upcoming Kharif season.

A lot of FPOs have come forward to help farmers in logistics& warehousing of the harvest for better price realisation. This has increased motivation to maximise the produce and infrastructure for Kharif 2020 . During COVID, pollution level has gone down and consumption of the Agri produce has increased, also supported farmers in good profit realisation.

SAFL has maximum branches located in semi-urban and rural areas, they are in operation since 20 April 2020. Field executives face challenges in distribution and recovery due to local lockdown in some areas. Hence we have seen an adverse impact on recoveries during this time.

Our Head office staff is working from home till date. In Unlock 2.0, we are looking for opening it as per the government guidelines with 30 percent manpower. During this unprecedented time, the organisation continued its minimum operation as per the government guidelines. Those who are working from home were provided the necessary IT infrastructure and support to carry out routine work. While resuming operation during 2.0, we are looking for more digitisation and work from home opportunities. 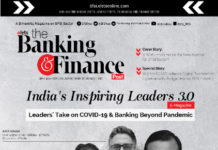 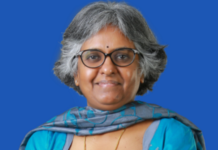 Digital at the Fore, Human at the core, Our Motto at Federal Bank: Shalini Warrier, Executive Director, Federal Bank 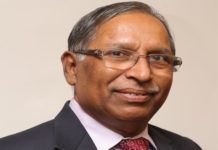 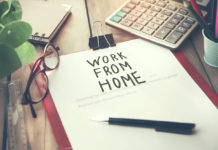 Is Work From Home-The New Normal for BFSI Sector? 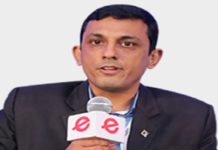