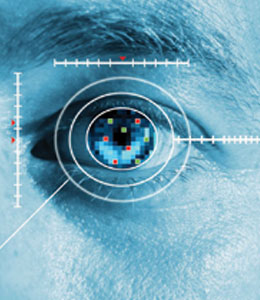 The iris technology is not about what you remember or what you carry, but about who you are, and it’s almost a foolproof identification technology: the False Acceptance Rate (FAR) in fingerprints is 1:10000, while for the iris, it is 1:1.5 million, says Tamaal Roy, CEO, Biomatiques Identification Solutions, in conversation with Rachita Jha of Elets News Network (ENN)

What is the scope and adoption of biometrics technology within the government and the BFSI sector so far? 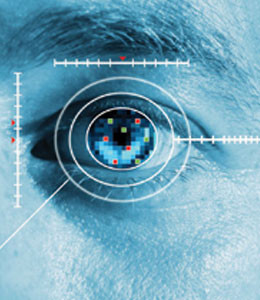 The government sector has been pushing biometrics a lot, but its growth in the BFSI sector is slow. Generally, they feel that implementation of new technologies like biometrics will make them lose their customers, and even if a bank loses five per cent of its customers due to it, it is a huge loss. So, the government must take the call to make it compulsory for all banks.

The challenge with the BFSI sector is to make everyone adopt this technology. The shift from traditional to modern methods of identification is taking place quite slowly. There are some banks, which have now started adopting fingerprint technology, while some others have come up with high-tech locker system. In certain areas like pension and rationing system, technology can be adopted to avoid any form of malpractices and delays in allocation of funds and services.

Iris technology is fairly new in terms of customer exposure. What are the areas where you foresee its application?

The best part about iris technology is that it is not about what you remember or what you carry, but it’s about who you are. When the Indian Government went for Aadhaar exercise, they went for two forms of recognition methods; one was the fingerprint that was somewhat common and the other was iris. Every citizen’s iris and fingerprint was captured during the process of Aadhaar enrollment. However, in comparison to iris, fingers and palms are the most exposed parts of the body. The FAR – False Acceptance Rate – in fingerprint is 1:10000, while for the iris, the FAR is 1:1.5 million. Even if the cornea of the eye is replaced, the iris remains unaffected. So, we get 264 vertices with the help of iris, which are used in calculating the algorithmic patterns, whereas with fingerprints, we get only 38 vertices.

Aadhaar was one of the reasons why we came into the market, as we know that in India, we have a huge scope. However, as a technological company, we don’t want to stop at Aadhaar. We would definitely want to explore the global arena, as we don’t want to creep into any complacency.

Apart from Aadhaar, we want to tap other options as well, like ATMs and mobile phones. In today’s age, computer has come to the size of a mobile, thanks to the Android revolution. So, instead of using a password for your mobile, you can use your iris. We are showcasing this technology to many mobile manufacturing companies across India and abroad. Not just that, we also have in mind the automobile industry, the IoT sector and the smart city projects. So, if one wants to access his/her home or vehicle, he/she would not need a key because their iris would be the key.

UIDAI was only interested in fingerprint and iris, out of which we chose iris because it is latest, accurate and far superior as compared to other forms of biometrics

Do you see any application of iris technology in healthcare?

Talking about healthcare, one of the things we are looking at is a fitness tracker. The wrist band like wearable device constantly monitors one’s pulse and temperature, and this information is stored in a secured database. Now, if one wants to protect this data further, one can use his/her iris to secure this data. Just as access control can be used for people, it can be used for data, too. Besides, the best part about iris scanners is that one can scan the eyes even from a distance of two meters.