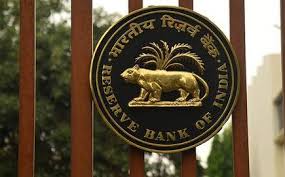 The Reserve Bank of India (RBI) has announced that at least half the compensation offered to chief executive officers (CEOs) and whole-time directors in private banks must be variable pay directly in sync to the performance of the individual, the business unit and the bank.

“At higher levels of responsibility, the proportion of variable pay should be higher. The total variable pay shall be limited to a maximum of 300 per cent of the fixed pay for the relative performance-measurement period,” said the central bank.

This step has been initiated to sync the performance of the banks with the CEO compensations, which also includes the senior decision making staff.

The guidelines, which also include the local-area banks, small finance banks, payments banks and foreign banks, no longer give guaranteed bonuses.

The RBI said guaranteed bonus should not be part of the compensation plan as it is not performance linked.

Guaranteed bonuses will only be applicable to new staff and would be limited to the first year.

The guidelines notified by the central bank are in sync with the discussion paper on the subject announced on February 25, when it said that a major share of the compensation will be in variable pay