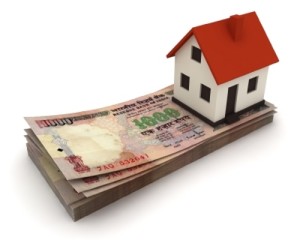 In its latest move, the Reserve Bank of India has allowed banks to extend loans up to Rs 10 lakh to individuals against long-term infrastructure bonds issued by them, this in turn will ease the loan norms for low-cost housing.

A notification by the RBI said, “In order to provide liquidity to retail investors in such bonds, it has been decided that banks can extend loans to individuals against long-term bonds issued by them.”

According to the RBI such loans should be subject to, “a ceiling, say, Rs 10 lakh per borrower, and tenure of loan should be within the maturity period of the bonds”.

However, banks are not permitted to lend against such bonds issued by other banks.

Earlier, the Reserve Bank of India had exempted long-term bonds raised by banks from mandatory regulatory norms like CRR and SLR if the money raised is used for funding of such projects.

The Reserve Bank of India, in its communication addressed to the banks, said boards of banks should lay down a policy in this regard prescribing suitable margins, purpose of the loan and other safeguards.

In the Union Budget 2014-15 presented on July 10 by Finance Minister Arun Jaitley, the government had said that “banks will be encouraged to extend long term loans to infrastructure sector with flexible structuring to absorb potential adverse contingencies, sometimes known as the 5/25 structure”.

In July, Reserve Bank of India had said that affordable housing is a segment of the economy which both require long term funding and is of critical importance and said it will ease the way for banks to raise long term resources.

“This will help promote both growth and stability, as well as improve the supply side,” RBI had said.