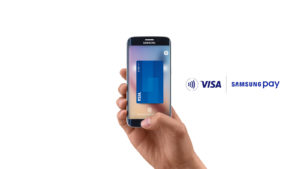 The service is available on a few premium devices, including the latest launched Galaxy A5 and Galaxy A7, enables consumers to make offline payments using their smartphone, reported The Economic Times.

Reportedly, Samsung India has confirmed the development recently and said that only initial sign ins have begun. Employees of the Korean smartphone major have been asked to begin using the service.

Launched in August 2015 in South Korea, Samsung Pay is currently available in 12 countries including the US, China, Spain and Australia, with India the latest entry. The company has plans to expand the service to six more countries shortly, including in UK and Sweden.

The Samsung India website showed that American Express and Citibank will soon support Samsung Pay while the Paytm wallet can be integrated into the solution as well.

Samsung Pay works like a digital wallet in the offline space, such that a phone can be swiped on a point of sale terminal that supports the app, and push their fingerprint on the screen, which then takes money and pays the retailer digitally.