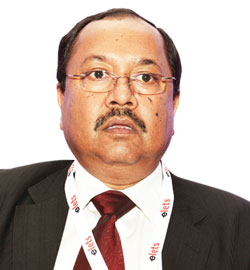 Chief General Manager, Department of Financial Inclusion & Banking Technology, National Bank for Agriculture and Rural Development (NABARD), Subrata Gupta, elaborates on difficulties faced by banks in expanding their presence in Naxal-affected districts. Gupta, during an interaction with Arpit Gupta of Elets News Network (ENN), also underlines the need for constant power supply and telecom connectivity in rural and remote parts of the country

What kind of financial inclusion and IT driven initiatives have been undertaken by NABARD- an apex body for agriculture and rural development?
Ever since its inception, NABARD, as a part of its mandate of sustainable and equitable agriculture and rural prosperity, has been empowering rural populace particularly women, to be self-reliant.
The first landmark initiative was undertaken in 1992 when NABARD experimented with the Self Help Group (SHG) model – a pilot project linking SHGs, which are essentially self-selected, informal, and unregistered groups, with banks – as a cost effective way of providing financial services to the unreached rural poor. Currently, over 7 million such groups exist in the country. Moving ahead in the direction, NABARD took the initiative to digitise the SHG under eShakti project. It aims to bring the SHG members under the fold of financial inclusion thereby helping them access wider range of financial services, increase banker’s comfort in credit appraisal and linkages of SHGs through digitisation of SHG accounts among host of others. On successful completion of pilot in two districts Ramgarh (Jharkhand) and Dhule (Maharashtra), NABARD is now moving ahead by rolling out the PHASE-II in 22 districts across the country. Digitisation is expected to rejuvenate the SHG Bank-Linkage Programme and recapture the economic potential of the poor.
In one of the biggest initiatives towards institution building, NABARD has facilitated the process of bringing Co-operative Sector onto Core Banking Solution (CBS) platform. The cloud-based CBS model is the first of its kind in the country. A total of 201 State and Central Cooperative Banks from 16 states and three UTs out of the total 380 licensed cooperative banks in the country joined the NABARD initiated Project for CBS in cooperatives.
Now these century old banks have started functioning in the CBS environment at par with the technological platform of the Commercial Banks and Regional Rural Banks (RRBs) and match up with these institutions in providing similar kind of services in the hinterland. These banks now render services to its existing and new clients keeping in sight the changing scenario and expectation level of the clientele. In time, their clients would be in a position to receive various government incentives/ subsidies and also other financial inflows directly in their accounts maintained with the co-operative banks.
As the basic platform of CBS is now ready, NABARD’s role has changed from facilitating roll out in 201 banks to technology adoption in 384 StCBs and DCCBs. Accordingly, NABARD has been acting as mentor for the co-operative banks and has been assisting the banks in their efforts towards adopting various technologies. Efforts are now on to enable the banks to focus on adopting other technologies viz., RTGS/NEFT, National Automated Clearing House (NACH) & Direct Benefit Transfer (DBT), Micro ATMs/PoS terminals, card technology to offer RuPay Cards, mobile banking, internet banking, tab banking, etc. Apart from the above, our focus is also to guide these banks to take membership of Credit Information Company (CIC) and put an IT policy in place which is also an RBI regulatory requirement.
NABARD has implemented the Bank-Sakhi model on pilot basis in Gramin Bank of Aryavart in Uttar Pradesh and Narmada Jhabua Gramin Bank in Madhya Pradesh. Under the project, women leaders/members of SHGs have been appointed by these banks to function as BC Agents for providing banking services in their areas. The underlying assumption of the approach was that by having agents who are part of and selected by the community, the uptake and usage of financial services by community members would increase. The experience from the pilots has demonstrated better performance by Bank Sakhis vis-a-vis the conventional BC Agents/CSPs in terms of lower dormancy, fewer inactive accounts and lower agent attrition.
Connectivity remains one of the major components for all the banking technologies. There are locations in our country which have all the latest banking technologies available but are unable to use it to the fullest due to lack of connectivity. In order to target the issue, NABARD has also floated the scheme of supporting Banks at BC points for the setting of Solar powered V-SAT in the Sub Service Areas (SSAs) which have no connectivity or have intermittent connectivity.

Financial Literacy Centers of RRBs and co-operative banks opened at the district and block level, actively take up financial literacy through the support of NABARD

NABARD has written to the Chairmen and CEOs of the Scheduled Commercial Banks, Regional Rural Banks and State Cooperative Banks, emphasising on the need of more banks in the Maoist-affected (LWE) districts. Kindly share the plan? 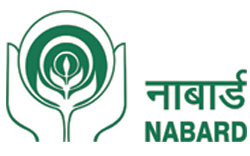 Expansion of banking network in Left Wing Extremist (LWE) affected districts holds critical importance for the empowerment of people in those areas. No/erratic connectivity is a major deterrent for the banks to open new branches in LWE districts. With a view to expand the banking network in LWE affected districts, NABARD is providing support under Financial Inclusion Fund (FIF) to provide V-SAT connectivity support for new branches opened in un-banked villages in the 82 identified districts.
Seven branches from each identified districts will be supported under this scheme on a first come first served basis. Bringing the banking services to these LWE-affected districts, where the reach has been negligible has to be thought of. It is time that initiatives be taken to reach the unbanked population residing in such districts. 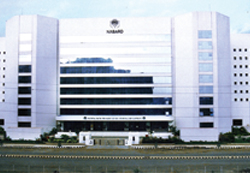 What is your strategy to create awareness on financial inclusion in rural as well as urban India?
Financial Literacy Centers of RRBs and co-operative banks have been opened through the support of NABARD. These centers, set up at the district and block level, actively take up financial literacy and awareness programmes at their own location or conduct onsite programmes and cover a significant population.
While NABARD can take any initiative for financial inclusion, the success of the same would revolve around the banks operating at the grassroots level. Keeping this in mind, the focus of organising financial literacy camps is directed towards supporting such camps organised by the banks. We have been partnering with a large number of co-operative banks, RRBs and also commercial banks in this regard. NABARD has also extended support for organising financial literacy/awareness camps organised through its own District Development Managers as well as NGOs to maximise the spread.

NABARD is leveraging technological solutions to help increase financial inclusion in rural India. What kind of technological challenges NABARD is facing in reaching the last mile?
As far as the implementation of technology based financial inclusion model is concerned, intermittent power supply and lack of telecom connectivity are major technological challenges.
For any banking related technological solution to function and to be commercially viable, constant power supply and telecom connectivity are basic necessities. Unfortunately, both are lacking in our rural areas due to limited investment made and vast geographical terrain. NABARD has been constantly advocating the use of solar powered systems as a viable alternative. In fact the V-Sat connectivity support given by NABARD under Financial Inclusion Fund is meant for solar powered V-Sat. Lack of skilled manpower is another constraint faced by the agencies. To operate a micro ATM also, some level of technical knowledge and banking knowledge is required. To do that, training is provided by the banks and technical service provider. However, retaining such people in rural areas is a big challenge for the bankers.
Information dissemination to the intended beneficiary is also critical. Targeted dissemination of information requires usage of multiple channels like mobile, television ads and newspaper advertisement among others. It can be very expensive. Technology adoption and resistance to adoption due to factors like mindset, illiteracy, social and cultural hindrances is also another issue which needs to be addressed.
On the whole, there are major challenges which have to be overcome to achieve the goals of financial inclusion, the most important of them being power and digital connectivity – not to mention the problems of physical connectivity in places like Arunachal Pradesh and Sikkim.

NABARD has decided to conduct a mega financial inclusion survey to capture the progress at the grassroots level. What all areas will this survey cover?
NABARD wants to take up a survey of this kind in a big way to have some basic data/information on the status of financial inclusion and not on its progress. The survey is expected to produce factual details based on a reasonably large sample leaving the conclusions to be drawn by the users of the data. Survey’s USP is its ability to look into financial inclusion along with livelihoods. In this survey we are also trying to have a livelihood framework, as well as data on skill sets , social capital, indebtedness and to what extent different financial products have been availed by the rural households. 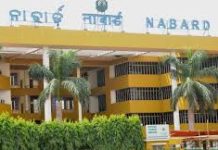 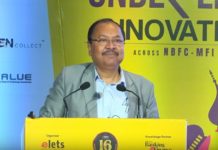 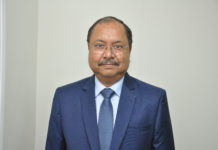