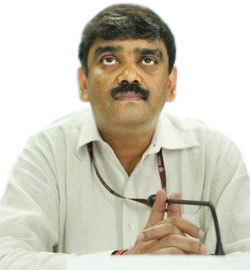 The Direct Benefit Transfer (DBT) scheme has led to saving of over Rs.28,000 crore for the Government. What are the major achievements of your department?
The Direct Benefit Transfer (DBT) scheme was conceived to improve the Government delivery process by using Aadhaar as an identifier, and banking and postal network as the vehicles. Under DBT, existing fund flow mechanism and scheme business have been re-engineered using modern ICT tools. Benefits of the government’s welfare and subsidy schemes is transferred to accurately identified right beneficiaries through electronic means directed in their Aadhaar seeded bank/postal accounts.
DBT architecture has obviated the need for middlemen and infused end-to-end transparency in the whole delivery chain. As fake and duplicate beneficiaries have been removed from the beneficiary list and databases, the whole process has resulted in a saving of Rs 29,135 crore (PAHAL – Rs.14,672 crore, Food – Rs.10,000 crore, MGNREGS – Rs.3000 crore, Pension -Rs.66 crore, Scholarship – Rs.797 crore in Andhra Pradesh, Telangana and Punjab, and Teacher posts – Rs.600 crore). Through DBT, a large number of fake beneficiaries have been weeded out. For instance, over 1.6 crore bogus ration cards have been deleted. Similarly, 3.5 crore duplicate beneficiaries were weeded out in the PAHAL scheme. Apart from efficiency gains, accountability and transparency in management of welfare and subsidy programmes has also been facilitated. 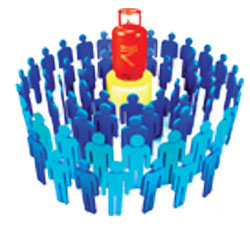 What challenges did the Department face in weeding out duplicate beneficiaries under various schemes?
In 2015-16, an amount of over Rs 61,000 crore was distributed to over 30 crore beneficiaries, using Direct Benefit Transfer. This includes over Rs 25,000 crore in MGNREGS and over Rs 21,000 crore in PAHAL (for LPG). Several States and Union Territories too have achieved significant savings through DBT. Some of the major challenges faced by DBT Mission initially are as follows:

Prime Minister wants Aadhaar seeding in all DBT bank accounts, which stands at 65 percent currently, completed this year. How would the target be achieved over a short period of time?
At present, there are about 21 crore Jan-Dhan accounts in which Aadhaar seeding percentage is 44.3 per cent, as on 31.3.2016. Use of Aadhaar in Jan-Dhan was also permitted by the Supreme Court of India and benefits are being delivered through the bank accounts. Since Aadhaar coverage is already at an impressive level, 100 per cent seeding in PMJDY accounts will be achieved. 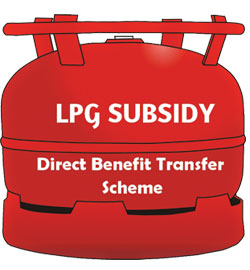 The government aims portability of obtaining ration anywhere in the country through Aadhaar-enabled ration cards as part of PDS and food subsidy reforms. What is the detailed programme?
Nearly 57 schemes have been covered under DBT to transfer funds into bank accounts of the beneficiaries including three major schemes – MGNREGA, LPG Pahal and the National Social Assistance Programme. As on date, 66 Central schemes have been brought on DBT in cash and PDS is being implemented the DBT platform. Digitisation of ration card and seeding of Aadhaar number of beneficiaries in ration card database is going on and we have achieved about 48.2 per cent Aadhaar seeding. Some states, like Andhra Pradesh, Madhya Pradesh, etc., are doing impressive work. Portability of PDS benefit across the state has been introduced by Andhra Pradesh. Once other states also come on board using modern ICT technology, it will be possible to implement nationwide portability of benefits and subsidies; thus, empowering the end beneficiary by giving choice in his hand as to what benefit he wants from where.

With the new Aadhaar Act in force now, the government is aiming at payments through the Aadhaar Payment Bridge to eliminate any chance of leakage of payments

The Centre will do a pilot in 33 districts in 11 states for DBT in kerosene and another in 20 states for fertiliser DBT. Please give an overview of it.
Kerosene subsidy, part of PDS, is planned to be brought on the DBT platform by March 2017. The longest target is for fertiliser subsidy coming under DBT – end of 2018. The government plans to extend the facilities for health insurance and fertiliser subsidies, too. After LPG subsidy reforms, kerosene and fertiliser are on the radar of the government. A pilot in kerosene in 33 districts is going on. However, looking at the level of electrification in various states and penetration of LPG coupled with schemes initiated by Prime Minister Narendra Modi like Ujjwala. The need for kerosene as a fuel of choice for cooking will reduce substantially. The objective is to make country kerosene free. Similarly reform in the fertiliser subsidy has also been initiated by undertaking a pilot in 16 districts and based on the experiences learnt, further decisions will be taken.