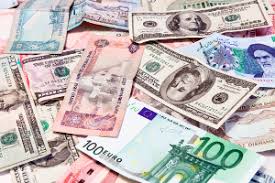 The financial market has witnessed dramatic events in the first quarter of 2019. Investors bidding farewell to some of the major economic relations between the countries because of the aggressive US trade policy to Teresa May stepping down, after failing to meet the deadline of the UK’s withdrawal from the European Union (EU).

In this article, we are going to take a look at three major world currencies, which should surprise investors this year, as well as consider possible options for their movement. Let us have some of this information that can help the investors to gain a foothold in the market, along with making some good earnings.

The Euro: A Gap with History

If any of you are engaged in quantitative trading, which implies the study of a huge amount of different data, you might be interested to have a look at some of the lags in the dynamics of the volatility of the EUR/USD currency pair from the previous year statistics. We have analysed every first quarter since 2000. As a result, we have found out that the euro has shown the lowest activity from January to March 2019.

The quarterly fluctuation was only 3.97 percent against the average reading of 9.02 percent. For this reason, a gap in the activity of traders can be used as an independent strategy for trading the euro, but only by those traders who know how to wait.

And there is a question about the future direction of the trend. To find the answer to this, we can refer to average closing prices for the last 200 and 365 weeks. Both of them indicate that the euro is under the power of bears; therefore, various experts can talk about the prospect of a decline of the EUR/ USD pair to 1.0500-1.0600.

The Yen: The Guarantee of Low Rates

The Japanese yen (JPY) may also surprise traders. The reason is a slowdown in the economy, which is confirmed by the low inflation. Haruka Kuroda, Head, Bank of Japan, set a 2 percent target inflation in 2013, but since then the ministry has failed to achieve it. There is also a little change in other important indicators and the country’s annual GDP that has rarely exceeded by 0.5percent. To slightly influence the situation and boost inflation, the authorities took up an interesting step of verbal intervention. BOJ’s Executive Director of international affairs, Eiji Maeda has already mentioned various incentive measures. One of them includes the possibility of using the printing press.

The range of movement of the USD / JPY chart is gradually narrowing. Traders can see a technical analysis “triangle” pattern, which signals the continuation of the trend.

Currency traders reacted unfavorably to the fact that the UK did not leave the EU on March 29. The lawmakers did not like the draft agreement, prepared by Prime Minister Theresa May, and rejected it several times, despite the adjustments that had been made. Now Britain is at the crossroads again. It is possible that the country will leave the

European Union without a cooperation agreement or only with a partial version of the regulation of future relationship. In turn, the people living in the UK are also tired of uncertainty, and many of them will like the second referendum, which will reverse the course of the country. We are waiting for the answers to these questions in the next 2 months.

The tight deadlines and the importance of what is happening can both bring the British currency down to new lows and bring it closer to the global average, that is, above 1.5000 against the US dollar.

Each of the ideas mentioned above you can implement when working on the Olymp Trade trading platform. Thousands of traders have already chosen the company for its unique services, free training, and reliability, confirmed by the FinaCom financial commission.

(Views expressed here are the personal opinion of the Olymp Trade.) 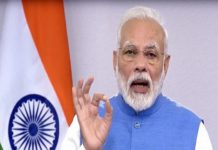 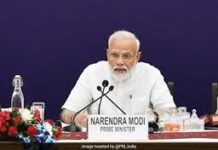