As India is rapidly heading towards digitisation as part of its economic growth planning, there is a rising inclination to cling to e-payment mode, writes Rashi Aditi Ghosh of Elets News Network (ENN).

Prior to demonetisation, there were limited options available for digital payments. But the Narendra Modi Government with emphasis on cashless transactions is promoting the usage of digital payments in the form of apps and services like BharatQR code, Unified Payments Interface (UPI), BHIM app, and National Unified USSD Platform.

These services were introduced alongside the existing banking services such as internet banking, mobile banking and Immediate Payment Service (IMPS).

Future projections pertaining to the usage of Digital Payments:

BharatQR code is an initiative led by the National Payments Corporation of India (NPCI), Mastercard and Visa to enable digital payments without cards or card swiping machines.

Quick response (QR) codes carry information that could only be decoded with the help of a QR code scanner and that is exactly what BharatQR does. Banks have been integrating BharatQR services to their existing mobile apps and therefore no additional app or service is required to use BharatQR.

To use the services of BharatQR code for digital payments, the user will need an internet-enabled smartphone and bank app compatible with BharatQR code.

The user can eliminate the need of manually entering required information like phone number or card number to make the transaction by just scanning the QR code using the bank app.

All it takes is scanning the QR code and the amount gets transferred to a bank accounts. To use UPI services, all you need is an internet enabled smartphone equipped with UPI supported banking app that supports UPI services.

Also, to use the UPI services, the user need to create VPA. These VPAs act as the address to direct payments and can be used to receive or transfer money.

In addition to this, these VPAs eliminate the need to add or enter any information like account number, IFSC code, etc. before transferring funds and, therefore, simplifying the whole fund transfer process significantly.

BHIM, unlike BharatQR and UPI, is a service based app developed by the National Payments Corp. of India (NPCI) to promote digital transactions using UPI.

To use the BHIM app, the user needs to have an internet-enabled smartphone and a UPI compatible bank account.

The BHIM app works on UPI protocols and thus requires mobile number linked to the bank account to make transactions. With the help of BHIM app, the user can manage multiple bank accounts that support UPI services in one single app.

NUUP is based on unstructured supplementary service data (USSD) codes. The USSD codes don’t require any internet connection or smartphone and can simply work by transmitting information using GSM network.

Because NUUP services are based on USSD codes, the service is limited to check account balance, generate mini statement, fund transfer via MMID (a code allotted by banks on mobile banking registration), IFSC code or Aadhaar number, and generating OTPs, M-PIN.

Different banks follow different protocols to use NUUP services and, therefore, the user needs to follow up with the bank to confirm the USSD code for various services.

According to an online survey conducted by ET Wealth, 84 per cent of the respondents switched to digital transactions due to the convenience associated with it.

Results of the survey:

(Source: ET Wealth conducted the online survey of 663 respondents in last December. Figures denote in per cent of respondents.)

Despite all the convenience associated with the digital transactions, there are various security concerns that are reasons of worry for its users.

Results of the study:

The study pointed out some serious privacy and security concerns. For instance, some e-wallet apps allow automatic linkage with third-party vendors. This can result in automatic amount deduction from the user’s account without their consent of the user.

Confidentiality breaches were potentially possible for almost all the mobile payment solutions except for USSD (Unstructured Supplementary Service Data).

Another major security concern was that many apps do not log the users out automatically. This means that anyone in possession of a phone with such apps can make digital transactions using that account, even if the person is not the original owner.

The BHIM (payments) app was launched in December last year. It has recorded close to 20 million downloads so far (Till April, 2017).

The study evaluated few apps on the following six key security principles based on the Basel Committee’s “Risk Management Principles for Electronic Banking” and the Reserve Bank of India (RBI) norms for electronic banking transactions:

Explaining the security concerns associated with the digital payments, Rajnish Khare Head, Digital Transformation, Social Business and New Media and Mobility Banking, HDFC Bank Pvt. Ltd. said, “With the rise of digitisation the responsibility to safeguard the banking services against cyber criminals has also grown. Considering that cashless payments will become both a necessity and a huge convenience, it is imperative that security becomes embedded into design rather than a bolt add-on.” 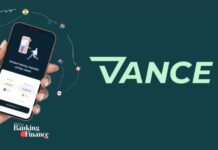 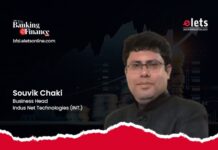 Without analytics, banking and financial operations are all assumptions