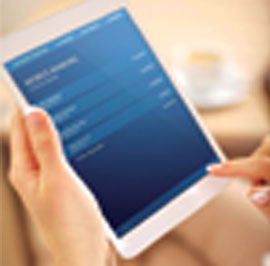 In the era of technological advancements and digital banking, cooperative banks are lagging behind major players because of various reasons. Notwithstanding their strong presence in rural clusters, the cooperative banks are yet to embrace cutting edge technology to enable customers to avail digital services without any need of turning up at the banks, writes Poulami Chakraborty of Elets News Network (ENN)

Though underestimated by the masses for their miniature volume and capacity to handle the banking scenario of the country; the cooperative banks in India have turned out to be a very essential organ of country’s economy. Dating back to centuries, the co-operative movement in India and the regulations passed thereof are quite old, with the first major game-changer being contributed by the passage of the Co-operative Credit Society Act in 1904. Since then, the co-operative banking scenario has seen vast changes and robust growth. In fact, the co-operative banks played the crucial role slated for Financial Inclusion that is to take banking services in the rural sectors of the nation and to the under-privileged strata of the society.

While Co-operative baking sector might be representing only a small chunk of our economy, statistics associated will surely astonish many of us. The co-operative structure is divided into two parts namely- rural and urban. The three tier Short Term Cooperative Credit Structure (STCCS) consists of more than 90,000 Primary Agricultural Credit Societies (PACS), 367 District Central Cooperative Banks (DCCBs) and 33 State Cooperative Banks (StCBs) whereas the urban side is dotted with 1,579 Urban Cooperative Banks (UCBs).

However, astonishingly even with such huge number of co-operative banks and considering their total asset size; their share in the Indian banking sector is not more than five per cent. Therefore, it has been observed that the true potential in this sector has not been tapped by the co-operative banks. The significant reason observed for the same being, adaptation and utilization of technology in the functioning ecosystem of co-operative banks across the country.

In the present day scenario banking and its dynamics have undergone a vast change, ever-since technology started to sweep away the sector in the past few years. In today’s technology driven world, one cannot ignore the role of technology in providing competitive and easy banking services. However, reluctance of co-operatives to adopt new technology and implement in the Credit Banking Structure has proved to be a major impediment to their growth.

Urban Co-Operative Banks (UCB) were given a timeframe till December 2014, for implementation of Core Banking Solutions(CBS); however only 913 of the entire lot are fully compliant to CBS Structure and another 330 UCBs are in the process of implementing CBS; with another 336 UCB’s who are yet to start the process of implementation. In a recent measure, the Reserve Bank of India (RBI) has taken up this issue to IDRBT to prescribe a uniform minimum benchmark for the CBS and some cloud-based solution could be worked out which is cost effective yet a feasible solution for smaller UCBs. NABARD, the apex development bank for rural co-operative sector, joined hands too, as part of its mandate of institutional development launched an ambitious yet much needed attempt to bring the RCBs on CBS platform. In all, 201 banks (DCCBs / StCBs) joined the project with as many as 6,953 branches already on CBS platform. Outside NABARD project, 177 banks out of 178 licensed cooperative banks have completed implementation of CBS. But much more is definitely needed to be accomplished.

Co-operative governance
In a study conducted by CAB Pune, it has been pointed that co-operative character of co-operative banks is diminishing at a rapid pace. Low Attendance in AGMs, restrictive practices in admitting new members, low voting turnout for election of new management, re-election of the same management or their family members, unanimous elections, lack of meaningful discussions in AGMs are few key observations noted for the same discrepancy. In the process, some of them have become ‘too big to be a co-operative’. Besides, weak corporate governance has been one of the major factors that is plaguing the sector and has led to failures and unsatisfactory growth of the sector. Co-operative banking being a State subject, RBI does not have adequate control on the management of these banks. To address this problem, Malegam Committee had suggested a new organisational structure for UCBs consisting of a Board of Management, in addition to the Board of Directors. The idea was segregation of the ownership of a UCB as a co-operative society from its functioning as a bank. While the Registrar of Co-operative Societies would continue to exercise control and regulation of the UCB as a co-operative society, RBI would exercise control and regulation on its function as a bank.

In a step forward taken by NABARD, in collaboration with leading IT vendors today announced one of the biggest IT transformations in banking. By helping to bring India’s Cooperative Banking sector onto a Core Banking Solution (CBS) platform, the two companies are giving the country’s rural sector access to basic banking facilities such as any branch Banking, NEFT, RTGS and access to ATMs. A total of 201 state and district level Central Cooperative Banks with 6,914 branches from 16 states and three union territories of the country have joined the ‘NABARD initiated Project on CBS in Co-operatives’. Currently, 200 banks and 6,913 branches are on the CBS platform. Out of 201 Banks in the project, 199 were not operating on the CBS platform. These banks were operating either in a manual environment or partially computerised standalone environment leading to the use of multiple technology platforms for their banking needs. This created a heterogeneous environment and decreased efficiency. In order to drive faster transactions and simplified banking systems and comply with the regulatory requirements stipulated by the Reserve Bank of India (RBI), NABARD found it imperative to bring all the co-operatives onto a technology platform in a way which would be cost efficient as well as work efficient.

Surprisingly even with such a huge number of co-operative banks and considering their total asset size; their share in the Indian banking sector is not more than five per cent. It has been observed that the true potential in this sector has not been tapped by the co-operative banks

Small Finance and Payments Banks
Recently, RBI has already come out with the guidelines for Small Finance Banks and Payments Banks. As per the guidelines, Small Finance Banks (SFBs) shall primarily undertake basic banking activities of acceptance of deposits and lending to unserved and underserved sections including small business units, small and marginal farmers, micro and small industries and unorganised sector entities, distribution of mutual fund units, insurance products, pension products, become an AD Category II dealer. The annual branch expansion plans should be in compliance with the requirement of opening at least 25 per cent of its branches in unbanked rural centers and the area of operation of small finance banks would be the whole Union of India.

Urban banks adopted automation long time back, linking their branches via core banking systems (CBS). Slowly, but surely, India’s cooperative banks are now emerging out of technological dark ages. Large parts of the sector now tick with a CBS developed by the National Informatics Centre (NIC), the government’s web services organisation, which has brought them to the technology mainstream.

There is no doubt about the co-operative banking sector and its capability to connect the last mile to the people in the rural and the under-served areas. But when it comes to technology, these banks fail to compete with the New- Gen banks in the country. Even though a Co-operative bank with a Mobile App is a rare phenomenon, things are changing for the Co-operative sector. As a step to revive the existence and contribution of co-operative banks State governments across the country in the concerned sector, have to proactively look into the serious concern by providing these undermined financial institutions with a technological boost. Currently co-operative banks are at the lower side of banking with minimal or nil usage of technology, which questions their survival facto in the high competition ground of banking. There is a strong need to focus more on mobile banking, use of social media and creating an analytic platform, even though fund remains a constraint, by using cloud platform they can easily overcome that road-block. By the usage of technology, co-operative banking scenario can improve customer experience, productivity and profitability, thus retaining the existing market and tapping newer ones.