IDFC Bank Ltd on Wednesday announced that it has received a nod from Reserve Bank of India for its proposed merger with Capital First Ltd.

The Mumbai based, non-banking financial company (NBFC), in a statement released to the exchanges, said the central bank conveyed its ‘no objection’ to the deal in a letter dated June 4.

“The Reserve Bank of India has, via its letter dated 4 June conveyed its ‘no objection’ for the voluntary amalgamation of Capital First, Capital First Home Finance Ltd and Capital First Securities Ltd with IDFC Bank,” said the bank.

The merger, announced initially in January, still remains subject to approval from shareholders of the two companies and the National Company Law Tribunal, the bank said, in a BSE filing.

The deal under which Capital First, provider of loans to small businesses, is being acquired by IDFC Bank for around $1.5 billion, is aimed at transforming IDFC bank into a lender having a diversified portfolio across large corporate lending, small and medium enterprise loans and retail credit.

As per the newly-inked arrangement, IDFC Bank will issue 139 shares for every 10 shares of Capital First. The assets under management of the combined entity are pegged at Rs 88,000 crore. 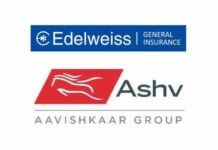