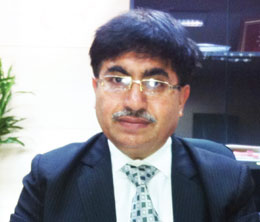 Financial Inclusion (FI) is not a new concept. What is the difference between initiatives taken by the incumbent government and the previous governments?

Financial Inclusion in our country took a front seat after 1990 when KC Chakraborty joined the Reserve Bank of India. He was very particular about the FI plan. A lot of initiatives have already been taken by the Union Government and the RBI but the role of the FI was limited to opening of the general accounts and opening of accounts in the villages having a population of more than 2,000 and providing basic banking facilities to citizens. In the new regime, the Prime Minister launched an upgraded version of FI named as Pradhan Mantri Jan-Dhan Yojana (PMJDY) which is having a lot of new features in the scheme. It’s not only talking about banking facilities but about all the FI services. The main benefit of the PMJDY is that it includes accidental insurance and life insurance facility in the FI account. Moreover, they can also avail OD facility to some extent if the account is operated satisfactorily for a period of at least six months. I believe PMJDY has already created various milestones and entered in Guinness Book of Records but there are certain things which are yet to be operationalised. From the customer’s side, demand side sensitisation is required from beneficiary point of view. Overall, the scheme is showing tremendous results.

Any country that aspires to become a developed country should cover at least 90 percent of its population under financial inclusion or provide access to financial services. In India, the ratio was low before the launch of the PMJDY. However, there is a significant improvement in providing access to financial services to people after the rolling out of Centre’s flagship scheme. Most of the households have already been covered under the PMJDY and they would reap the economic benefit over a period of time. I am hopeful that India would emerge as super economic power in the coming years because of bold measures taken by the Government of India. The PMJDY has made opening of bank accounts simpler than earlier. Now, villagers need not approach the banks or the business correspondents (BCs) as the banks are coming at the doorsteps of rural people to avail the facilities at zero balance. There is no need of maintaining minimum balance. Besides, there is an accidental cover of Rs.1 lakh by taking RuPay cards and we are giving it to the account holders. Moreover, a person is also getting a life insurance cover of Rs.30,000 along with the RuPay card which is a unique feature of PMJDY. 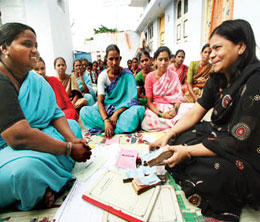 Please elaborate how technology has been adopted by your bank for FI implementation. Also, what is the benchmark that the industry should set for evolving technologies in this sector in the years to come?

The main obstacle in FI was how to reach the customers. I would say that digital technology is the only solution through which banks can reach to the customers. We have created a hybrid model in which we are extensively using digital technology along with the BCs. These are linked to our main server which means those customers and BCs can function on real time basis, and not on offline mode. We have brought new technology called micro ATM, under which, a person of any bank can take money from any of our BCs that implies technology is bringing new dimensions. Similarly, a person who is getting an insurance cover need not to fill any form, as through RuPay card and NPCI he is automatically covered under those schemes. Government and banks are fulfilling the dreams of crores of people. I believe that bankers also need to change their strategy. They also need to create digital platforms for digital transactions. Otherwise, over a period of time, e-commerce sites or payment companies may eat the big share of banking industry. The banks have to create a robust digital system to compete with their competitors.

How do you see the future of m-Governance?

Nowadays, even a common man has become more dependent on his/her mobile and wants banking services through mobile phones. The telecom operators have brought a revolution by slashing communication charges but internet penetration needs to be augmented especially in the rural parts of the country. If the Government comes with a certain set of norms to increase internet penetration in the remote parts, citizens would immensely benefit.

How important is the Financial Inclusion for India? Kindly explain the challenges involved in FI?

operationalisedFinancial Inclusion is taking place all over the world. Even the smaller countries are working to strengthen their FI initiatives to give a boost to their economies. Everybody is working on the FI as they know if people remain excluded from financial services, the country can’t grow. FI is a must for any country.

Lack of awareness is one of the challenges in the field of FI for which we are making concerted efforts to overcome the problem. We have also opened financial literacy centres and counselling centres f or the people. We have also able to reduce zero balance accounts. Though we have opened the accounts, unless and until customers use it, the FI is not completed. We have brought zero balance accounts to less than 30 percent. Hopefully, by March 2016 it would be less than 10 percent. We are contacting people to maintain balance in their accounts and sensitising them towards the FI. Many people are unaware about incentives of PMJDY but we are making them aware to avail the benefits.

What initiatives has the Central Bank of India taken towards FI?

In tune with the PMJDY, we are the front runner in the scheme. We have around 50 districts where we have the lead banks. Contribution of the Central Bank of India is one of highest amongst all the contemporary banks. We have done an excellent job in Prime Minister Jeevan Jyoti Scheme and Prime Minister Suraksha Bima Yojana also. We have also taken urban financial inclusion, in which, we have gone to slum areas and roped in NGOs and self-help groups to identify the excluded persons and opened their accounts. This has helped not only the people but the bank as well. The Central Bank of India has about 5000 branches in rural and semi-urban areas. We have also created micro ATMs where people can go and take out the money. We are focusing on increasing number of ATMs. We have 350 branches in Delhi zone comprising Delhi/NCR, Rajasthan and Uttarakhand. 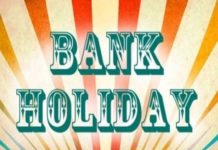 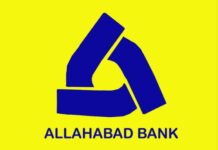 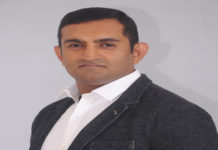 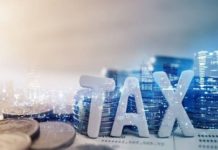 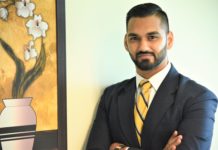